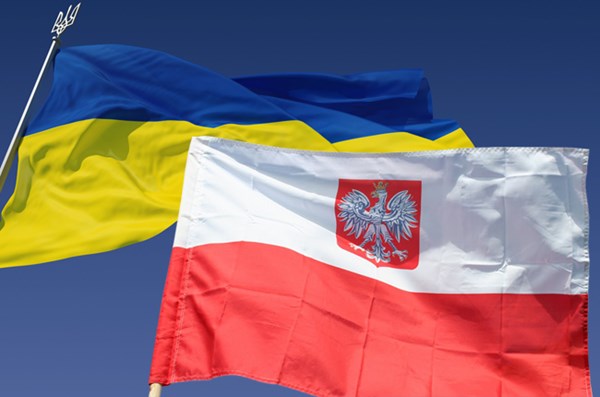 The Ukrainian embassy in Warsaw has refuted the statement by Polish Prime Minister Mateusz Morawiecki that there are tens of thousands of Ukrainian refugees in Poland.

A statement to this effect was made by Svetlana Krysa, chief of the consulate department of the Ukrainian embassy to Poland, in an interview for the TV channel 112 Ukraine, Ukrinform reports.

Krysa claims that compared to previous years, the number of Ukrainian refugees in Poland and of those wanting to acquire international protection has decreased, and the number cited by the Polish Prime Minister does not correspond to reality.

“Compared to previous years, if we take 2014, the number has decreased by a factor of four, and compared to 2016, by a factor of two. In total, the Ukrainian citizens who requested asylum in 2017 were 21% of the total number of foreign citizens asking for international protection,” she said.

She added that Ukrainians travel to Poland and other EU countries for employment.

“Our citizens who are residing in EU countries, and in Poland’s territory in particular, are considered migrant workers by us and other countries. These are primarily people who come with the goal of employment, education, and so there is no moral right to say that all these people are refugees,” the consul emphasized.

In her opinion, the statements by Polish politicians concerning Ukrainian refugees are Warsaw’s justification to the EU for not wanting to comply with migration policy.

“I think that this an internal policy, a policy of concern that migrants from other countries of migration risk have not been accepted here. Under no circumstances can Ukrainians be considered bargaining chips in this. It is a purely political issue, a political aspect and the Republic of Poland’s justification before other EU countries for not accepting migrants from other migration risk countries,” the consul observed.

Polish Prime Minister Mateusz Morawiecki continues to insist that his country is taking in many Ukrainian refugees and that this helps to reduce tension in the eastern EU. He said that Poland has accepted “several dozens, maybe hundreds of thousands of refugees from Ukraine”.

Earlier the Ukrainian embassy to Poland published a response statement on the “real number of Ukrainian refugees” which stated that in the first 10 months of 2017, the Polish authorities gave refugee status to 56 Ukrainian citizens.