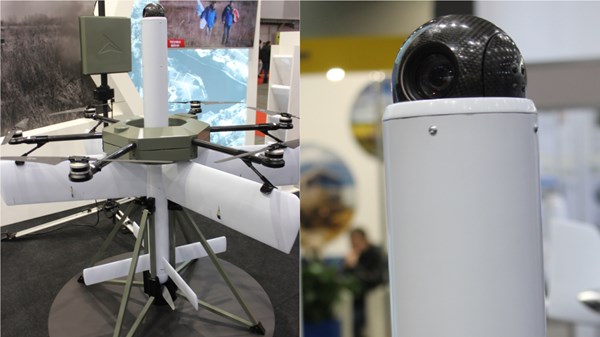 Ukraine conducted the next stage of testing of the loitering munition "Silent Thunder" during which different modes were used to test the UAV control systems and target detection algorithms, reported Defense Express

It is noted that for the preservation of the experimental sample, the explosive unit was replaced by a parachute.

According to a representative of Athlone Avia, the manufacturer of the UAV, the new drone is a search and destroy system consisting of a multicopter with a transponder and a single-use munition. The device is launched vertically, after which it remains in the zone where the enemy is presumed to be, conducts further reconnaissance, and then destroys the target by diving vertically onto it.

With a take-off weight of 9 kg, the munition has a thermobaric warhead, and there are plans to make other warheads available, including fuel air explosives and high explosive fragmentation warheads. It has a range of roughly 30 km and can remain in the air for about an hour. It has a deployment time of 15-20 minutes.

The entire system, consisting of three munitions, is single-use, and can fit into three tactical backpacks weighing up to 15 kg, which means that operators can move to the necessary positions. The drone is guided using an ordinary tablet.