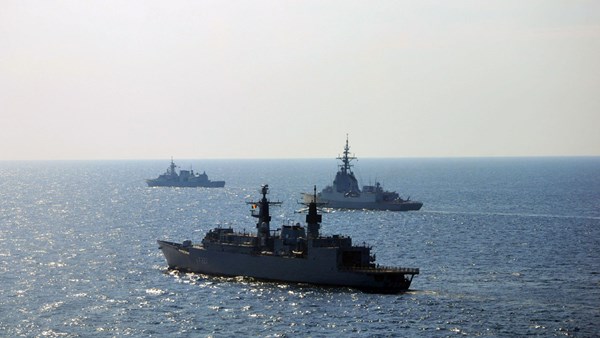 During “Freedom of speech” program on ICTV, Ukrainian Navy Commander Vice Admiral Ihor Voronchenko said that Russia may resort to escalation in the Black Sea.

“They [Russia] are already questioning the crews when ships flying our flag or other countries’ flags go to Black Sea ports. The captains of these ships have the right not to give answers about the nature of the cargo and where they are headed. However, unfortunately, 90% of captains give these answers. And, I think, there could be future escalation in the Black Sea,” the Navy Commander observed.

On October 25, European Parliament approved a resolution to allow for additional sanctions against Russia if the situation in the Sea of Azov escalates. The resolution urges the High Representative and EU member states “to make it clear that the targeted sanctions against Russia will be reinforced if the conflict in the Azov Sea escalates further”.

On September 6 at a session of the National Security and Defense Council (NSDC), Ukraine decided to reinforce its Naval presence in the Sea of Azov in connection with Russia’s aggressive actions. On October 12, Ukrainian President Petro Poroshenko brought into effect the NSDC’s decision to protect Ukraine’s interests in the Sea of Azov, the Black Sea and the Kerch Strait to the south and east of Ukraine. According to Poroshenko, after the occupation of Crimea, the Kremlin’s next target is to occupy the Sea of Azov.