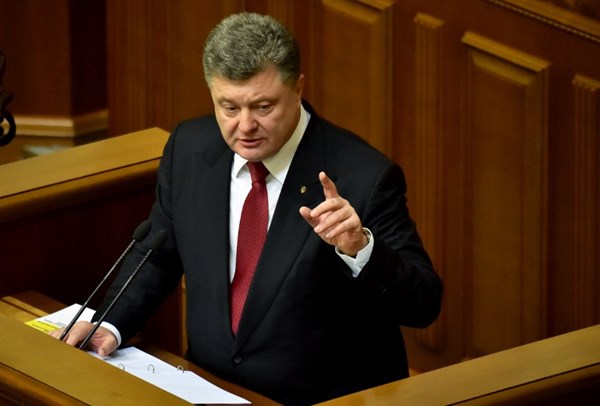 According to Kyiv, up to 50% of the militants fighting against the Ukrainian army in the Donbas are Russian citizens, as stated by Ukrainian President Petro Poroshenko in an interview with the television channel CBS News.

"We have confirmed figures that in different times they had from 10,000 to 2,500 Russian regular troops in the occupied territory," Poroshenko said, as noted in a statement released by the President of Ukraine’s Press Office.

"Plus they have almost 50 thousand troops, so-called ‘Russian volunteers’ who were recruited through the Russian conscription system and brought there. They pretend they are not the soldiers of the regular army. But they are Russian nationals and Russian soldiers. They use Russian weapons and ammunition,” Poroshenko pointed out.

Poroshenko is certain that Russia is trying to destabilize the situation in Ukraine and to discredit the achievements of the country’s revolution in 2014. The President continued that many people think that Ukraine is waging a cold war, but that in reality the war is hot and civilians and Ukrainian soldiers are dying every day. Given this situation, Ukraine needs assistance from international peacekeeping forces, Poroshenko finished.