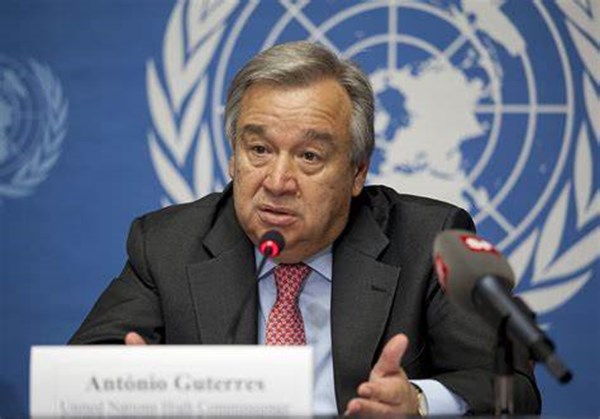 UN Secretary General Antonio Guterres has called for an end to the “absurd war” Russia has launched against Ukraine, Radio Free Europe reported.

"One month ago, the Russian Federation launched a massive invasion of the sovereign territory of Ukraine in violation of the UN Charter,” Guterres remarked. “It was done after months of building up a military force of overwhelming proportion along the Ukrainian border… This war is unwinnable. Sooner or later, it will have to move from the battlefield to the peace table. That is inevitable.”

Earlier this month, 141 out of 193 United Nations member states voted in favor of condemning Russia’s invasion.

It has been more than four weeks since Russia launched its invasion of Ukraine. The Kremlin envisioned a rapid invasion, with Ukrainian defenses falling within 2-3 days. The Ukrainian military has put up a tough and dedicated defense.

"Even if Mariupol falls, Ukraine cannot be conquered city by city, street by street, house by house. The only outcome to all this is more suffering, more destruction, and more horror as far as the eye can see," Guterres said.

"There is enough on the table to cease hostilities - now and seriously negotiate -- now. By any measure, by even the shrewdest calculation, it is time to stop the fighting now and give peace a chance. It is time to end this absurd war," he added.

"How many more people will have to die in Ukraine, and how many people around the world will have to face hunger for this to stop? Continuing the war in Ukraine is morally unacceptable, politically indefensible and militarily nonsensical," he concluded

Last week, Guterres said he had been coordinating with countries such as China, France, Germany, Israel and Turkey to find a way to bring an end to the war in Ukraine