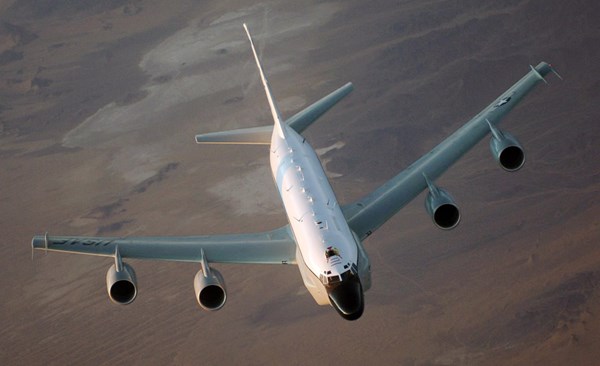 A US Air Force RC-135W strategic reconnaissance aircraft number 62-4134 and call sign UNSEW42 conducted reconnaissance along the Kaliningrad region borders in the sky over Poland and Lithuania, as evidenced by the data of the Mil Radar service, which tracks the movement of military aircraft.

It was noted that the aircraft departed from the Mildenhall airbase in the UK.

On February 21st it was also reported that reconnaissance at the borders of the Kaliningrad region was carried out by the British reconnaissance aircraft Sentinel R1. According to Mil Radar, the aircraft with the number ZJ690 and the call sign RR7368 departed from the Waddington British airbase, flew over Poland and the Baltic Sea near the Russian border, and entered the airspace of Lithuania.