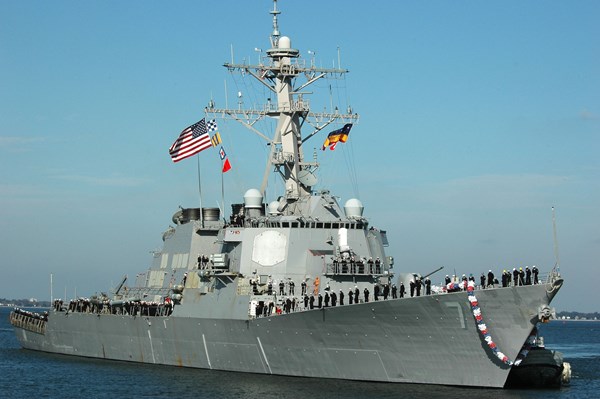 USS Ross DDG 71 missile destroyer has crossed the Dardanelles and the Bosphorus on December 15, and entered the waters of the Black Sea, reports Dumskaya news outlet. Three hundred thirty-seven crew are on the ship.

The length of the destroyer is 154 meters, width is 20 meters, and its draft is 9.3 meters. It accelerates to 32 knots using the four gas turbine units with a capacity of 108,000 horsepower.

In 2016, this destroyer visited the Ukrainian n port of  Odessa to participate in the Sea Breeze naval exercise. In 2019, it visited Varna (Bulgaria) and Constanta (Romania). The American missile destroyer USS Porter visited Odessa in October.

Recently the Secretary-General of NATO Jens Stoltenberg said that the Alliance had increased its presence in the Black Sea.