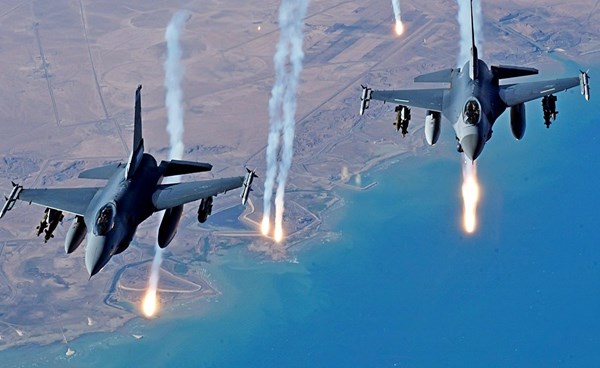 According to SANA, the planes that carried out the attack belonged to the U.S. Air Force. The attack took place in an area that is southeast of the city of Abu Kamal. This city is located on the Euphrates River in the province of Deir ez-Zor, near the border with Iraq.

The news agency reported that several people were killed in the air strike and several others were injured.

According to the U.S. coalition, after the liberation of Raqqa, the city of Abu Kamal became the place where the leadership of ISIS is located. In October 2017, it was called the primary target by a representative of the coalition. In February, the Ministry of Foreign Affairs of Iraq reported that ISIS leader Abu Bakr al-Baghdadi was getting a medical treatment in the Abu Kamal area.

At the same time, in November 2017, the Syrian army reported on the liberation of the city from militants. Damascus said that this was possible after ISIS was surrounded by armies of Syria and Iraq, which joined at the border of the two countries. Russian Tu-22M3 bombers carried out strikes against ISIS positions in this area.

In May, Reuters, citing sources, reported on coalition air strikes against positions of the Syrian army at the Euphrates near the Iraqi border. The Pentagon refused to confirm this report.

On June 11, the U.S. Department of Defense reported on air strikes in the Abu Kamal area, aimed at destroying “what is left of ISIS forces.” As stated by the Pentagon, a series of strikes conducted from June 1 to 10 interrupted the supply route of militants in the area.