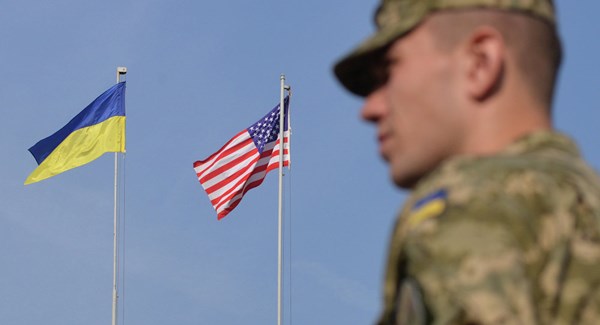 The press service of the Ministry of Defense of Ukraine reported that more than 130 of the United States military arrived in Ukraine as part of the mission to train Ukrainian soldiers.

The U.S. Army Airborne Assault Division took part in the ceremony of taking over the duties in the  JMTG-U (Joint Multinational Training Group-Ukraine) mission at the International Peacekeeping and Security Center in the Lviv region.

The U.S. Army soldiers of the 101st Airborne Division’s 2nd Brigade Tactical Group Strike will replace the servicemen of the 278th Armored Cavalry Regiment of the United States National Guard from Tennessee, which was deployed to the Lviv region last year.

The U.S. military rotation period in Ukraine will be 9 months.

In addition, the servicemen from the state of Tennessee received awards for training Ukrainian military units, wrote the Defense Ministry. The head of the Hetman Petro Sahaidachnyi National Ground Forces Academy, Pavlo Tkachuk, presented the awards.

As previously reported, NATO began Spring Storm 2019 exercises in Estonia. More than 9,000 troops from 13 countries, including Ukraine, will take part in these exercises