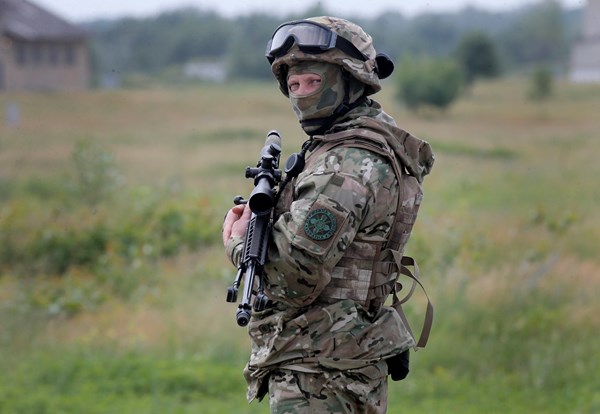 Delegation of the Defense Attaché Office of the U.S. Embassy to Ukraine visited the area the Ukrainian Joint Forces Operation (JFO) in the Donbas, reported the JFO press service on Facebook.

"While visiting the Donetsk and Luhansk regions, diplomats familiarized themselves with the current security policy and situation in the area of the military operation. They met with the brigade and battalion commanders to discuss the operational situation in their areas of responsibility, " JFO's statement reads.

According to the JFO press service, the American military also familiarized themselves with the tactics of the Russian forces and pro-Russian militants and also the actions that the Ukrainian military take to counter the attacks.

"The delegation was also interested in studying the operational conditions the American equipment which was provided to the Ukrainian military as part of the US military assistance to Ukraine," the JFO press service added.