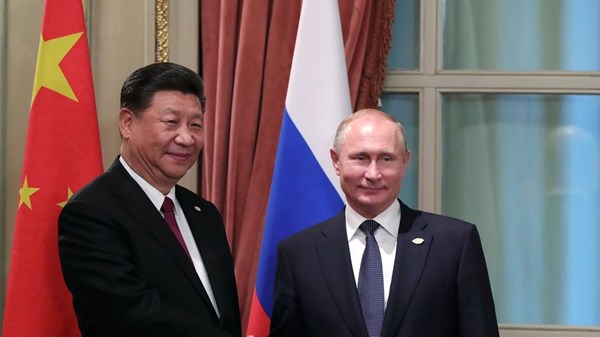 The document says that the countries "oppose the further expansion of NATO, call on the North Atlantic Alliance to abandon the ideological approaches of the Cold War, to respect the sovereignty, security and interests of other countries, the diversity of their civilizational and cultural-historical structures, to objectively and fairly treat the peaceful development of other counties."

In addition, China supported the proposals put forward by Russia on security guarantees in Europe.

In the statement, Russia and China condemn the United States for allegedly aggressive actions in different parts of the world and withdrawal from international agreements on the destruction of biological, chemical weapons and short- and medium-range missiles.

The parties also spoke out "against the abuse of democratic values, interference in the internal affairs of sovereign states under the pretext of protecting democracy and human rights, as well as against attempts to provoke division and confrontation in the world."

The United States and NATO rejected Russia's demands for "guarantees of non-expansion."

Russian Foreign Minister Sergey Lavrov claims that the United States in its response did not commit to stopping the expansion of NATO to the east.

Putin said he did not see in the US and NATO response that Russia’s "key requirements for security guarantees“ were taken seriously.