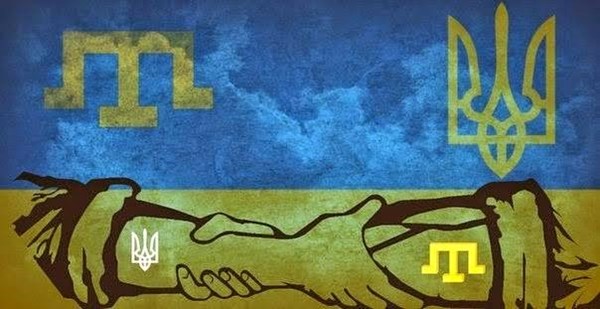 The coordinator of the civil actions to blockade the Crimea, Lenur Islyamov, said that the road blockade prohibiting the supply of goods, and the destruction of the supply of electricity to Crimea from mainland Ukraine will soon be followed by a “naval blockade” of the Peninsula, including the Kerch ferry, the main transport artery connecting the Crimea with the Krasnodar region of the Russian Federation.

In an interview with Open Russia, Islyamov stated, "We will go further.  We will do the road and electric network blockades, and further, the naval blockade; Crimea will find itself in complete isolation, including access via the Kerch ferry.  They may not believe us but they should not think that we will not be able to do this."

On November 22, due to the destruction of towers in the Kherson region annexed by Russia, the Crimea ceased to be supplied with electricity from mainland Ukraine.  A state of emergency has been declared within the Peninsula`s territory. The Crimea is able to generate some electricity itself, and is also supplied by diesel generators imported from Russia, but these facilities are not sufficient.

The participants of the Crimean blockade started near the administrative border with the Peninsula on September 20, and have prevented the repair of power lines. They are demanding the release of political prisoners, unimpeded entry for international observers to the Crimea, and the cessation of the Crimean Tatars repression within the Peninsula.

The Russian Prosecutor of the Crimea, Natalia Polonskaya, stated that "the organizers of the energy blockade of the Crimea will be punished soon."  According to her, all evidence needed to bring charges against them will be found. The offenders will then be declared wanted and any property within the Russian Federation will be seized.

The Crimea was annexed by Russia and the Verkhovna Rada (Parliament) of Ukraine officially declared the beginning of temporary occupation of the Crimea on 20 February 2014. The occupation was signed into law on October 7, 2015 by Ukrainian President, Petro Poroshenko.  Western countries do not recognize the annexation of the Crimea and have since imposed a series of economic sanctions. Russia denies its occupation of the Peninsula and calls it the "restoration of historical justice."