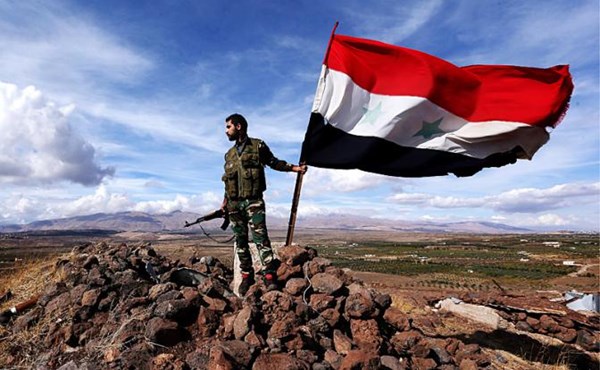 Russia has proposed the creation of four zones to reduce tension in Syria: in the Idlib province, north of the city of Homs, in East Ghouta, and in the south of the country. This was reported by RIA Novosti, citing a source in the Syrian opposition.

“Security lines (lines of demarcation) will be created along the entire length of the boundaries of the zones to reduce tension in order to avoid coming into direct contact with fire between the different sides of the Syrian crisis,” said a document which the news agency received from its source.

Moscow suggests creating checkpoints on the lines of demarcation to ensure free passage for civilians without weapons, delivery of humanitarian aid, and access to commerce, the source said. According to the source, in addition to roadblocks, it was also proposed to establish “monitoring centers to monitor compliance with the ceasefire.”

In addition, according to the agency’s source, Moscow also proposes to allow armed groups into Syria from the countries that are guarantors of the ceasefire, namely Russia, Turkey, and Iran. These groups will have to monitor compliance with the ceasefire. Russia also proposed the creation of a group of representatives from these countries which “in the shortest possible time” will have to produce maps indicating the boundaries of these zones.

Earlier, Fateh Hassoun, a member of the delegation of armed groups, stated that Russia had proposed the creation of zones to reduce tensions in Syria. He did not specify exactly where they would be located.

On May 3-4, the next round of talks on the settlement of the Syrian crisis will be held in Astana. It will be attended by delegations from Russia, Turkey, Iran, and Syria, as well as experts from the UN. In addition, a delegation from the Syrian opposition is expected. On May 2nd, a trilateral Russian-Turkish-Iranian meeting will take place at the expert level.

The previous round of talks on Syria was held on March 14-15, 2017. Representatives of the armed opposition did not attend.