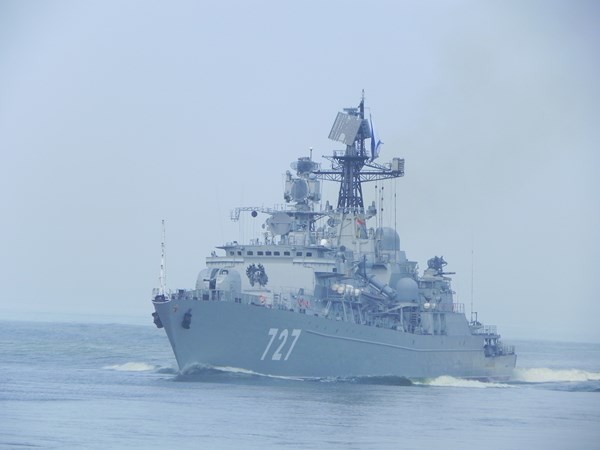 On Friday, December 27, Iran, Russia and China began their first-ever joint exercises in the Indian Ocean.

The area of the drills, dubbed by the participants “the Maritime Safety Belt”, is located in the Gulf of Oman, which is near the world's key oil artery, the Gulf transport corridor through which tankers carry 40% of the world's daily oil supply.

"The message of these exercises is peace and friendship," said Admiral Admiral Gholamreza Tahani, deputy commander of the Iranian Navy. According to him, within three days, across the area of 17,000 square km - from the Iranian port of Chabahar to the Indian Ocean – the participants will work out tactical tasks to ensure the security of the region.

Russia will be represented by the frigate Yaroslav Mudry, which will be accompanied by the tanker Yelnya and the sea tug Victor Kanetsky.

A detachment of Russian ships has already docked in the Iranian port of Chabahar and is preparing for the active phase of the exercises, which begin on December 28, Interfax reported, citing the press service of the Russian Baltic Fleet.

The Russian newspaper Kommersant reports, citing in the Russian Ministry of Defense, that the sailors of the three countries will work out elements of joint maneuvering, communication, assistance to the ship in distress, as well as conduct training on the search and freeing of the vessel seized by the pirates.

"We carry out our activities openly and legally," said the spokeswoman for the Russian Foreign Ministry, Maria Zakharova.

"We are working out the issues of maintaining stability, security, fight against terrorism in the region," she said.

China is sending only one ship, a missile destroyer, to the exercises, Chinese Defense Ministry spokesman Wu Qian told Reuters. It is a "normal military exchange between countries" that is "not necessarily related to the situation in the region," he said.