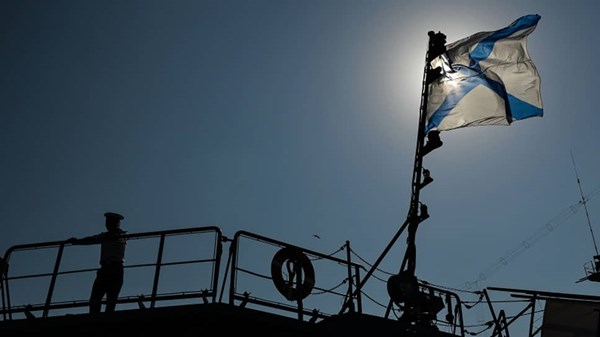 14 Russian sailors were killed by a fire on board a deepwater nuclear submersible, the Russian Defense Ministry announced on Tuesday.

The fire broke out on 1 July. The submariners were in Russian territorial waters in a submersible designed to study the sea floor. Their deaths resulted from poisoning by combustion byproducts. According to the local media, the accident took place on Monday evening at about 9 PM Moscow time.

The exact number of people on board is not known. According to anonymous sources cited by the Russian media, the fire was caused by a short circuit in the submersible’s electronics. The Defense Ministry stated that “thanks to the team’s selfless actions, the source of the fire was eliminated”. The deepwater apparatus is currently at the military base in Severomorsk. The victims have been taken to a naval hospital, the base reported.

RBC reported with reference to anonymous military sources that the submersible in question was the deepwater nuclear submarine AS-12, nicknamed “Losharik”, and officially classified as a nuclear deepwater station. It is unarmed, but according to several sources it can dive to a depth of up to 6,000 m. The Losharik has a crew of 25. The submersible was developed and built under top-secret conditions. Certain western intelligence agencies consider the AS-12 a “sabotage apparatus” designed to destroy underwater infrastructure, such as communication cables between the mainland and the underwater stations that monitor the Russian navy.

The nickname “Losharik”, a portmanteau of the Russian words for “horse” and “small sphere”, derives from the vessel’s unique design. The hull is made up of several spherical titanium modules, which make it resemble a cartoon horse made of small spheres from the Russian film Losharik.

The submersible is not part of Russia’s North Fleet, and instead falls under the Defense Ministry’s Chief Deepwater Research Directorate. The Bell estimates that the system and its carrier submarine could have cost in the region of $1.5 billion.

Citing its own sources, Open Media claims that the fire did not take place on Losharik, but on the nuclear submarine BS-64 Orenburg, which serves as the carrier for Losharik. Another source claims that it could have been the BS-64 Podmoskovye, another carrier submarine for deepwater submersibles.

An investigation into the incident will be carried out by the commander-in-chief of the Russian Navy, Admiral Nikolai Yevmenov. Before his appointment to this position on 3 May 2019, Yevmenov was the commander of the North Fleet. In June, while speaking at a forum of the Russian Geographical Society, the admiral said that the Russian Navy has once again begun to study the World Ocean.

On Tuesday, Kremlin Spokesperson Dmitry Peskov said that President Vladimir Putin had canceled his speech at the River of Russia forum and instead met with Defense Minister Sergey Shoygu. Peskov did not clarify whether this was related to the incident on the submersible.