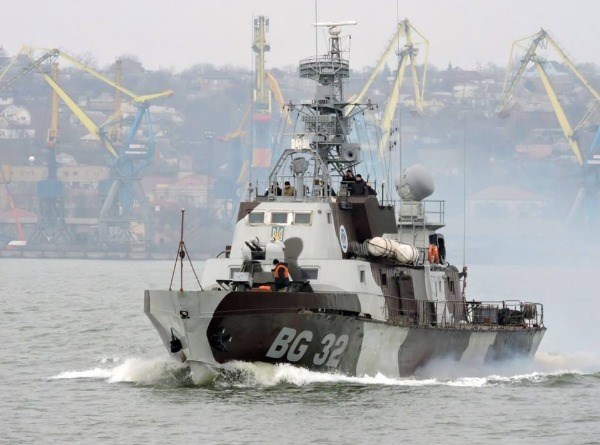 The BG-32 Donbas, a Mariupol maritime guard patrol boat returned to service in the Azov Sea after undergoing planned repairs and modernization of separate systems, the press service of the Ukrainian State Border Service reports.

The 36-year-old vessel got its engines, fuel and ballast tanks and some operational systems modernized at the Azov shipyard. Her hull also received a new paint job.

On September 6th, at a meeting of the National Security and Defense Council (NSDC), a decision was made to strengthen the naval presence in the Azov Sea.

NSDC stated that the decision was taken in response to  the actions taken by Russia, specifically the fact that in 2018, Russia began to detain ships that are going to or coming from Ukrainian ports in the Azov Sea. The Ukrainian State Border Service considers this a method of economic pressure. The National Security and Defense Council Secretary Oleksandr Turchynov said that this was the beginning of an economic war blockade of the Azov coast.

President of Ukraine Petro Poroshenko stated that “the goal of Russia is to occupy the Azov Sea in the same way they annexed the Crimea.”