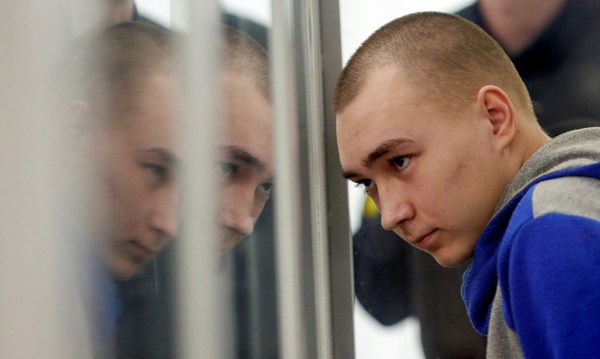 The Solomensky District Court of Kyiv sentenced 21-year-old Russian sergeant Vadim Shishimarin, the first Russian soldier accused of killing an unarmed Ukrainian. The court found him guilty of violating the laws and customs of war, combined with the premeditated murder of a civilian.

Vadim Shishimarin was detained after being captured in Ukraine and accused of killing 62-year-old resident of the Sumy region Alexander Shelipov. According to Shishimarin, on February 28, his car was driving to the location of Russian troops when he saw Shelipov, who was talking on the phone. The officer ordered Shishimarin to shoot Shelipov. Shishimarin refused, but then another soldier ordered him to shoot, saying that otherwise the man would disclose their location. Shishimarin fired a short burst.

The lawyer of the Russian military, Viktor Ovsyannikov, argued that Shishimarin had no intention of killing, and he fulfilled the order to shoot formally, hoping that he would not get hit. The defender insisted on Shishimarin's innocence.

In court, Shishimarin fully admitted his guilt, said that he was remorseful, and asked for forgiveness from the widow of the murdered. The prosecutor's office asked for a life sentence for him.