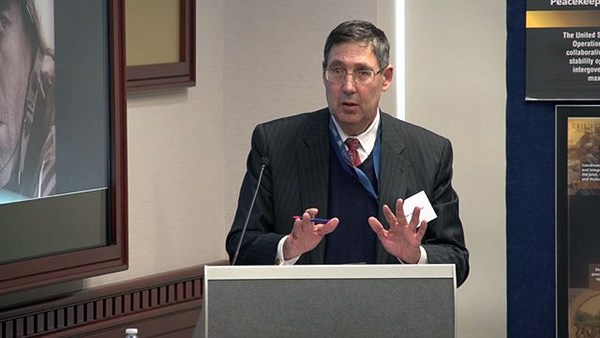 Sanctions significantly hurt the economy of the Russian Federation, so they are likely to make Russia leave the Donbas, stated John Herbst, the former US Ambassador to Ukraine in 2003-2006.

“I think this could eventually happen in 2.5 years, it could happen in 15 years. As part of the package, sanctions will convince Moscow to leave the Donbas. Crimea is another matter. Before this day comes, sanctions are much more important to our interests. Because the Kremlin’s policy is aggressive. Today Russia has, I would say, the second more powerful military potential in the world after the United States. But a powerful army and a powerful navy are hard to maintain without a strong economy. And we know that sanctions do harm the Russian economy – by one and a half percent per year. This is a significant indicator,” he said in an interview with the Pryamyi TV Channel.

On December 29, by the decision of the Council of the EU, economic sanctions of the European Union against Russia were extended for six months, i.e. to July 31, 2019.