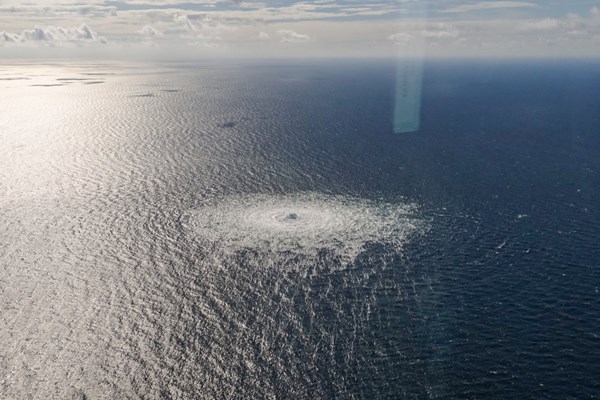 Russia's Nord Stream and Nord Stream 2 gas pipelines could have been attacked using submarines or specially trained divers, reports the German newspaper Der Tagesspiegel, citing sources close to the investigation of the incident.

Representatives of the German authorities do not provide details about the incident, insisting on the lack of information and the need to dive to the bottom to find out the details. However, the sources of the newspaper say they do not believe in a coincidence that two gas pipelines got damaged at the same time. According to them, the investigators are considering two other scenarios. The first is "pro-Ukrainian forces" that could have blown up these pipelines. The source notes that in this case, Russia will have no choice but to supply gas through Poland and Ukraine. The second scenario is a "Russian operation under a false flag".

"We can't imagine a scenario that isn't a targeted attack. Everything speaks against coincidence, "said a source of the newspaper, familiar with the investigation.

The source also notes that conducting such an operation is an extremely difficult task which would likely involve special forces or a submarine. As a result of the incident, one line of the Nord Stream-2 gas pipeline was damaged on September 26. Later the pressure fell in both lines of the Nord Stream. Now, three of the four pipes that deliver gas from Russia to Europe are damaged. These gas pipelines run near the Danish Island of Bornholm at a depth of about 100 meters. On Monday, local authorities found a gas leak there and recommended that ships bypass this area.

Representatives of gas pipeline operators have not yet provided details of the incident, noting that they continue to clarify the circumstances. However, Nord Stream AG said that there was an "unprecedented nature of the damage" and acknowledged that the restoration would take a long time. The Russian and Ukrainian sides have not yet commented on suspicions of sabotage. In the summer, Russia unilaterally stopped delivery of gas through Nord Stream blaming the Western sanctions, which do not allow maintaining the pipeline in working condition. European politicians argued that Moscow was simply using the pipeline as a tool of blackmail and intimidation to reduce support for Ukraine in the war against Russia.

The shutdown of Nord Stream caused a new wave of the energy crisis in Europe. The authorities had to hastily search for alternative supplies of gas, which led to a sharp increase in energy prices and accelerated inflation to multi-year highs.