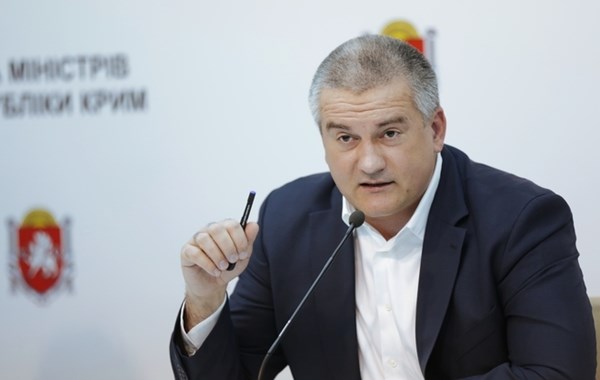 The so-called "head" of the annexed Crimea, Sergei Aksyonov, recommended that fans listening to Ukrainian music move to Ukraine, otherwise they will face punishment, including criminal liability.

Aksyonov said that videos from certain "public events in Crimea" appeared on social networks, where participants chanted pro-Ukrainian slogans and "sang nationalist songs." Hi did not indicate what kind of events they were but wrote that both the organizers and the participants of "such events" should be punished.

"This action will be punished criminally. In relation to both the organizers and participants of all events, I have instructed to identify all the participants of each individual event," Aksyonov said, adding that "all these people will be dismissed from their positions, their businesses in the territory of the Russian Federation will be closed."

According to him, a joint group of the Russian FSB officers, police, prosecutors, and government representatives are investigating these cases.

A video has appeared recently from a wedding in Crimea, where the guests of the event dance to the popular Ukrainian song "Chervona Kalina" (Red viburnum).