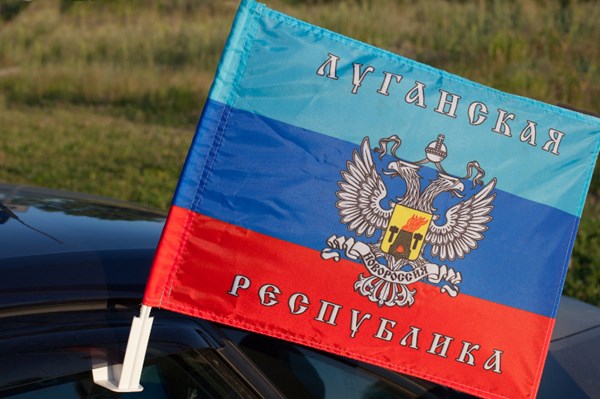 A referendum on joining Russia may be held on the territory of the so-called Luhansk People's Republic (LPR) soon, said the head of the LPR Leonid Pasechnik, writes the Luhansk Information Center.

"I think that soon a referendum will be held on the territory of the republic, in which the people will exercise their absolute constitutional right and express their opinion on joining the Russian Federation. For some reason, I am sure that this is exactly how it will be," Pasechnik said.

He expressed confidence that most residents of the pseudo-republic dream of becoming part of the Russian Federation, "returning, as they said in Crimea, to their native harbor and finally start working for one big, bright future."

"The LPR and the DPR have the right to decide whether to join Russia, if it does not contradict their constitutions, Moscow has recognized their sovereignty," writes Russian state-owned news agency RIA Novosti, citing a member of the Russian Federation Council, Andrei Klishas.

The Ukrainian Foreign Ministry responded to Pasechnik's statements, calling any "referendums" in the occupied territories legally null and void.

"The Russian Federation does not abandon attempts to undermine the sovereignty and territorial integrity of Ukraine. Fake referendums in the occupied parts of Ukraine are null and void. No country in the world will ever recognize the forceful change of Ukraine’s internationally recognized borders. Instead, Russia will facе an even stronger international response, further deepening its isolation," said Ukrainian Foreign Ministry’s spokesperson Oleh Nikolenko.

On February 21, Russian president Vladimir Putin signed decrees recognizing the independence of the Donbas pseudo-republics, DPR and LPR. A day later, on February 23, the heads of the LPR and DPR Leonid Pasechnik and Denis Pushilin appealed to Putin with a request to provide military assistance to the so-called republics in the fight against the Ukrainian Armed Forces.