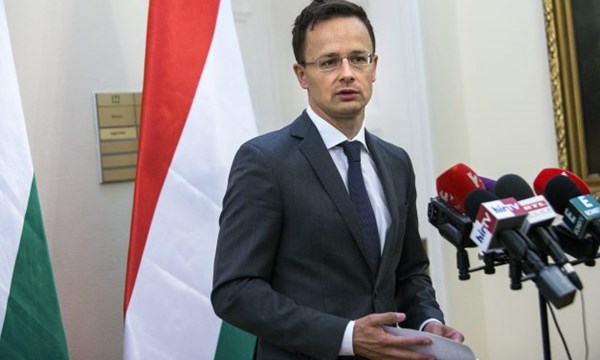 Hungarian Minister of Foreign Affairs Péter Szijjártó stated that the war with Russia cannot be an excuse for Ukraine’s “violation of the rights of Hungarians.”

During an interview with Channel 1+1 which was broadcast in the evening of June 24, Szijjártó stated: “We support the territorial integrity and sovereignty of Ukraine, but your war with Russia cannot be and should not be an excuse for your violation of the rights of Hungarians.”

According to Szijjártó, Hungary will continue to support the territorial integrity of Ukraine because it is “more important than all problems,” but Hungary does not consider this an excuse for Ukraine’s violations of bilateral and multilateral obligations.

“I hope that sometime in the future this will be solved and the atmosphere will return to how it was before September last year [when Law on Education was adopted],” Szijjártó commented.

Szijjártó personally takes it as an offence that Ukrainians believe that Hungary welcomes the annexation of the part of their country’s territory.

He noted that he does not understand why Ukrainians express fear that there could be separatist sentiments against Hungary in the western part of the country. “There is war in your country, but leave Hungarians alone,” he stated. “I think it is very bad that you accuse Hungarians or offend them because you are at war with Russia.”