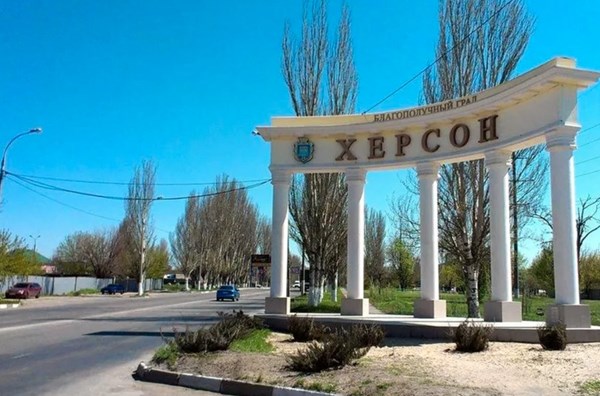 Evacuation of people and property from the occupied Kherson, previously announced by Russia, is an information operation and manipulation. In fact, the Russian authorities are bringing additional military units to the city and preparing the streets for defense, said the Head of the Main Intelligence Directorate of the Ukrainian Defense Ministry, Kirill Budanov in an interview with the newspaper Ukrainska Pravda.

"In many aspects, it is an information operation and manipulation. Here are some facts. For example, they withdraw Promsvyazbank and other financial institutions, remove the seriously wounded, try to discharge those who can walk from hospitals as soon as possible, and conduct this insane information campaign that "we care about people" and the like. "

According to Budanov, the Russian authorities create an illusion that "everything is over." In fact, the city is being prepared for defense, since if Ukraine takes control of the dam of the Nova Kakhovka hydroelectric power station, the Russians "will have to act very quickly."

"Either they will have to quickly abandon the city and leave, or they risk being in the same situation in which our units found themselves in Mariupol."

Budanov said that, while Russia is preparing the ground for a quick withdrawal from Kherson, at the same time it plans to defend the city and is getting ready for this.

Budanov added that the dam of the Nova Kakhovka hydro power plant has been partially mined by Russia since the spring, but there are not enough explosives to completely destroy it. According to him, the complete destruction of the dam is not beneficial for Russia.

When asked about the strike on the Crimean bridge, he replied that it is better to talk about it "at another time." Budanov agreed with the statement of the Ukrainian President Volodymyr Zelensky that the explosion could have occurred due to an internal conflict between the Russian military and special services.

On October 22, the Russia-installed authorities of the Kherson region demanded that civilians urgently leave Kherson. Also, the Russian government approved housing subsidies and payments for those who were forced to leave the city. Residents will receive 100 thousand rubles and a one-time housing subsidy after submitting and application.

Earlier, President Zelensky said that the Russian military is preparing a terrorist act at the Nova Kakhovka hydroelectric power station in the Kherson region. The dam may have been mined. At the same time, the Russia-appointed governor of the Kherson region, Vladimir Saldo, claimed that there is an "immediate danger of flooding due to a possible destruction of the dam of the Nova Kakhovka hydroelectric power station." Military experts believed that blowing up the dam makes no military sense for Ukraine, but Russia, in their opinion, could theoretically take this "crazy" step to hold Kherson. Experts agreed that, most likely, the occupation authorities are deliberately whipping up panic to force the local population to leave.