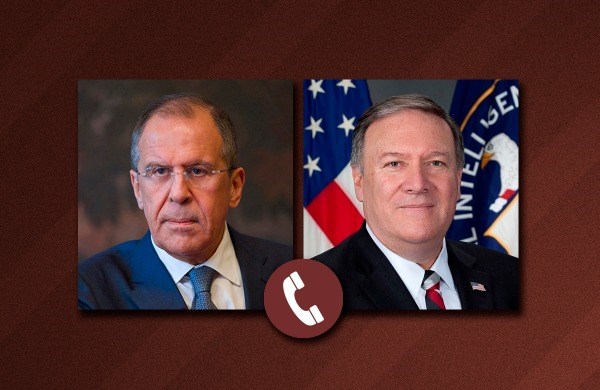 Russian Foreign Minister Sergey Lavrov and US Secretary of State Mike Pompeo have recently spoken over the phone at the latter’s initiative, the Russian foreign policy department reported on Tuesday.

The first was the possible imposition of new sanctions on Russia due to the poisoning of former GRU agent Sergey Skripal and his daughter Yulia in the UK. Lavrov warned that this would cause further deterioration in the two countries’ relations and worsen the “atmosphere in the world arena”.

The Russian Foreign Ministry claims that the new sanctions are being imposed “on the absolutely unproven pretext of last year’s murky story” with the poisoning of the Skripals, commenting that no one has seen Sergey Skripal and his daughter since the incident.

The topic second was the situation in Venezuela. Lavrov accused Washington of violating international law by making threats of armed intervention in the affairs of the Latin American country, and said that Moscow is prepared to consult on Venezuela “in keeping with the principles of the UN Charter”.

Pompeo and Lavrov also discussed the situations in Syria, Afghanistan and the Korean peninsula. At the time of publication, the US Department of State has not yet reported on the phone call.

US sanctions against Russia for the poisoning of the Skripals in Salisbury (which Moscow denies any involvement in) came into force on 27 August 2018. However, only part of the restrictions enforced, namely the ban on exporting goods and technologies related to national security.

The sanctions were imposed in accordance with the US Chemical and Biological Weapons Control and Warfare Elimination Act of 1991. The law stipulates that if a country has not provided a guarantee that it will not use chemical weapons in within three months of the first measures, additional restrictions can be imposed. Options include a lowering of the status of bilateral relations, an outright ban on exports and imports between the countries, and a ban on flights for national carriers.

The second package of restrictions for the Skripals incident has not yet been put in place. At the end of January, the State Department refused to say when this would take place, emphasizing that there is no ultimate deadline for the new sanctions.