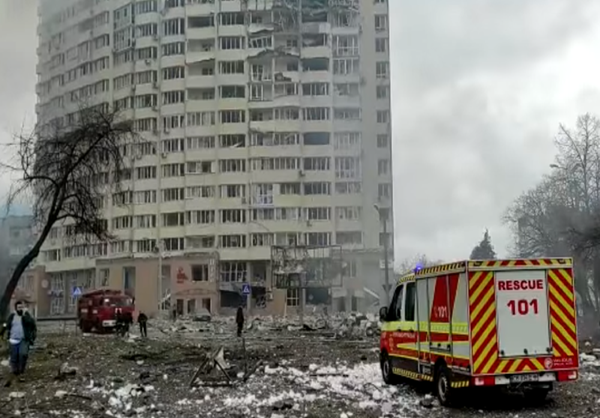 Chernihiv Mayor Vladyslav Atroshenko said about 700 people died during the battle for the city,

“During the war in Chernihiv, about 700 people died- both military and civilian,” Atroshenko said, as quoted by Ukrinform.

He added that of the dead, all but 70 have been identified. A total of 40 people are missing.

In an interview with the Washington Post, Atroshenko said that Russian forces “were not fighting the army here. They were bombing civilians.”

Chernihiv, which lies 90 miles north of Kyiv, has come back under complete Ukrainian after being besieged by Russian forces for over a month. The Ukrainian military had prevented Russian forces from taking the city, though it was fully encircled.

The city lies a mere 45 miles from the border with Belarus, so residents of Chernihiv fear that Russian troops are regrouping and may renew their attack.

“We don’t have that feeling of peace or calm here because the Russians can come back as quickly as they left,” Atroshenko told the Washington Post. “I don’t even understand the future of the war — whether this is the end of war for us or if we just need to repair water and electricity before another attack.”

Residents of villages around Chernihiv have reported that Russian forces terrorized them with beatings and mock executions.

On Thursday, the BBC reported that Russian troops held more than 100 people hostage in a basement in the village of Yahidne outside Chernihiv from March 5th to April 2nd.

“There was barely any room,” a 15 year-old girl told the BBC. “We were living sitting up. We were sleeping sitting up. Not that we slept at all. It was impossible. So many shells were landing around here. It was unbearable… During my time here, 12 people died.”