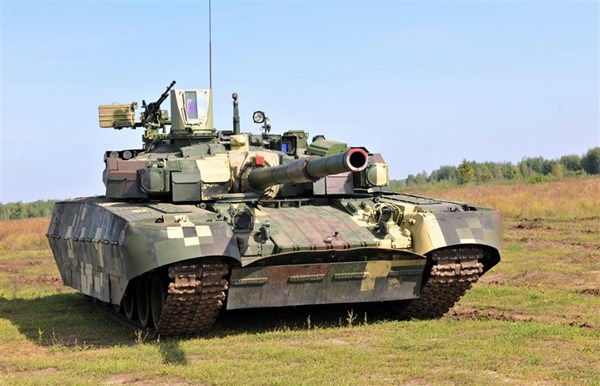 As reported by the publication Oboronno-Promishleniy Kurier (Defense Industry courier), which reports on the affairs of the Ukrainian defense industry, the Malyshev Plant in Kharkiv is exporting one Oplot tank to the USA. According to the publication, the tank will be delivered through a state-owned Ukroboronprom.

The publication’s source said the tank is delivered with future prospects in view. According to him, the Americans are interested in studying Ukrainian technology and are considering future military-technical cooperation with Kyiv.

The publication indicated that the Malyshev Plant has already sent tanks abroad. Specifically, 17 Oplot tanks were delivered to Thailand. It is expected that the company will send six more tanks there in the near future. At the same time, according to Andrey Frolov, the editor-in-chief of the Russian magazine Export Voruzheniy (Military exports), Thailand bought 49 tanks and two armored repair and evacuation vehicles from Kyiv.

The Oplot tank was developed by the Kharkiv Design Bureau, and the design is based of the Soviet T-80 tank. T-80  has been in production since 2008.