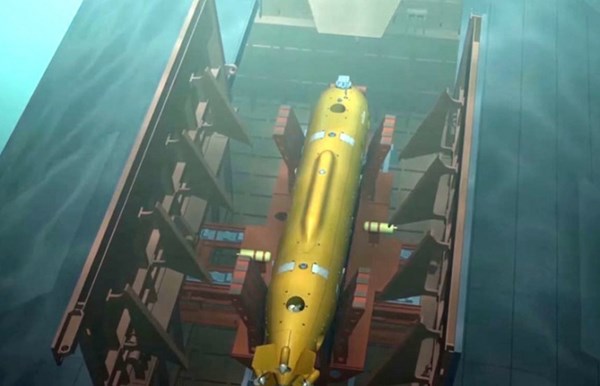 Russia has tested the reactor of the Poseidon, the unmanned underwater vehicle which Russian President Vladimir Putin boasted of last year, reported TASS with a reference to its source in the Russian military-defense industry.

According to the source, the test was carried out at sea and confirmed “the previously declared specifications of its unlimited range of use and speed of over 200 kmph”.

Thee information has not been officially confirmed by the Kremlin.

Putin first spoke about the unmanned underwater vehicle in March 2018. He said that Poseidon will be equipped with both conventional and nuclear payloads and will be able to destroy the enemy targets from a distance. The weapons of the Russian Status-6 project were called the “doomsday machine” by British media.

In early February, US Secretary of State Mike Pompeo said that the United States planned to withdraw from the Treaty on the Elimination of Medium and Shorter-Range Missiles (INF Treaty) due to the fact that Russia has been violating the terms of the agreement for years. The United States called on the Russian Federation to renounce the use of the 9M729 missile or to modernize it.

The Kremlin decided to give the United States “a mirror like response” and withdrew from the INF Treaty.