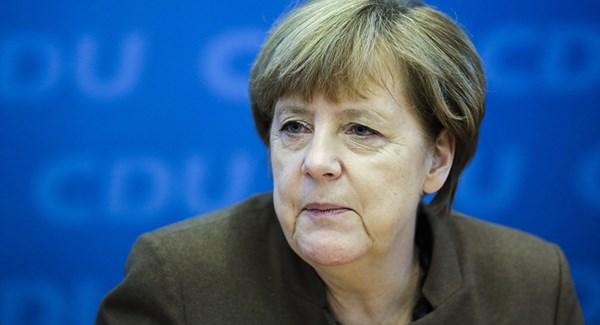 Former German Chancellor Angela Merkel rejected harsh criticism in her address from Ukrainian President Volodymyr Zelensky for refusing to admit Ukraine into NATO 14 years ago. "Retired Federal Chancellor Angela Merkel remains committed to her decisions related to the 2008 NATO summit in Bucharest," a spokeswoman for the former head of government said on Monday, April 4, in response to a request from the news agency dpa.

At the same time, the statement says that the ex-chancellor fully supports German and international efforts to end the war unleashed by Russia in Ukraine, especially "taking into account the atrocities that are coming to light in Bucha and other places in Ukraine."

Earlier, Ukrainian President Volodymyr Zelensky invited Merkel and also former French President Nicolas Sarkozy, to come to Bucha and "see what the policy of concessions to Russia has led to in 14 years." In a statement published on his official website, the Ukrainian President did not mention Francois Hollande, who replaced Sarkozy as President of France and held this position from 2012 to 2017 and participated with Merkel in the negotiations on the Minsk agreements in February 2015. The dpa did not specify whether Merkel responded to this invitation.

At the summit of the North Atlantic Alliance in early April 2008, the members of the alliance considered the prospect of Ukraine's accession, but then abandoned this idea, citing Russian interests. Merkel and Sarkozy blocked the demands of other NATO partners for early accession.

Photos taken in the town of Bucha, near Kyiv, have been published showing the atrocities committed by Russian troops invading Ukraine from the city. They show dozens of dead bodies in civilian clothes, burned cars and houses destroyed by shelling. City officials say they have already found more than 300 civilians killed.

The international community has strongly condemned these crimes and demanded that they be investigated without delay. Ukrainian President Volodymyr Zelensky accused the Russian military of committing genocide, The leaders of many Western states, including German Chancellor Olaf Scholz, said that the Russian troops committed the war crimes. Russia denies accusations against the Russian troops and accuses Ukraine, the United States and NATO of manipulation and provocations.