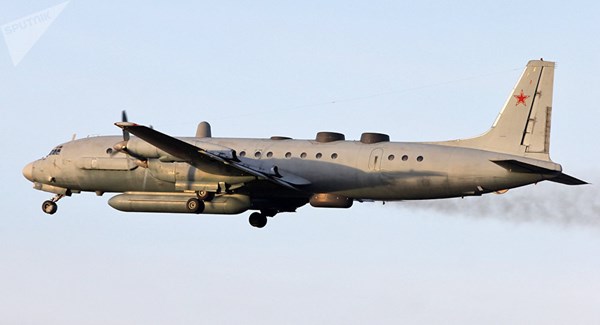 The crash of the Russian Il-20 aircraft in the district of the Syrian city of Latakia was caused by the fact that the Russian military lost control of the airspace and the Syrian air defense system in the area of its Khmeimim airbase, writes Russian journalist and military analyst Pavel Felgenhauer in his blog for the newspaper Novaya Gazeta.

He reminded that the air defense system of the Assad's Syrian Arab Armed Forces, which the Soviet Union helped to build, was almost fully destroyed due to the civil war that began in 2011. However, after Russia’s involvement in the conflict in 2015, Moscow restored Syrian air defense. Since then, Russian military advisers and specialists have been continuously included in the air force administration structure and air defense of Syria.

Thus, it is not clear why the Russian military adviser at the Syrian command post approved the launch of the S-200 missile system on the air target near the Khmeimim airbase. In addition, the command post in Khmeimim knowing about the flight of IL-20 had to control the airspace.

In this regard, the journalist assumes that Russia has lost control of airspace and control of the air defense system near its own Khmeimim air base and, in fact, shot down the IL-20.

"It was necessary to somehow explain such a catastrophe to President Vladimir Putin. Since it was the Israeli raid that launched the" chain of circumstances "that led to the tragedy of the IL-20, the military leadership decided to accuse Israel. It is better than to be responsible for your own mistake, "writes Felgenhauer.

Felgenhauer notes that the situation reminds of the tragedy with the submarine Kursk. Then Russian admirals laid the blame on the United States.

Russian military reconnaissance aircraft Il-20 was shot down over the Mediterranean Sea in the Syrian Air Defense zone. All 15 military personnel on board were lost. Russia claims that the destruction of the plane was caused by the deliberate actions of Israel.