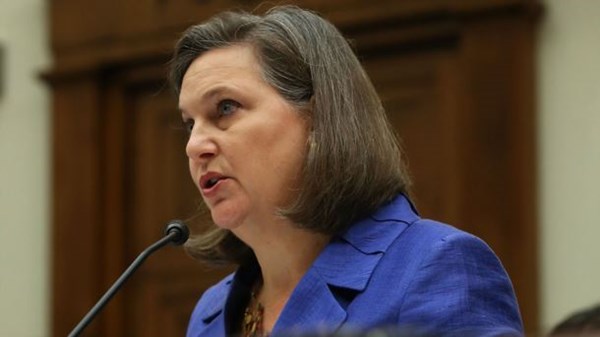 Russia can issue a visa to the U.S. Under Secretary of State, Victoria Nuland, if the U.S. gives visas to Russian diplomats who have been denied entry to the U.S., reports the Russian newspaper Kommersant, citing its sources.

The Kommersant’s interlocutors claim that Nuland can come to Russia as early as October.

Konstantin Vorontsov, the Acting Deputy Director, Department for Non-Proliferation and Arms Control, is among those for whom Moscow is trying to obtain visas. He has not been able to obtain a U.S. visa since fall 2019.

According to Kommersant, after obtaining the visa, Nuland is going to meet with the Deputy head of the Russian presidential administration Dmitry Kozak and discuss the situation in the East of Ukraine.

Nuland was included in the list of persons who are banned from entering Russia, after in May 2019 she called for tougher sanctions against the Kremlin.