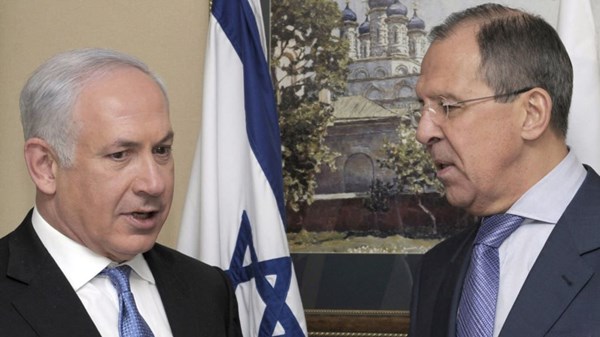 During talks with Russian Foreign Minister Sergey Lavrov and Russian Chief of General Staff Valery Gerasimov, Israeli Prime Minister Benjamin Netanyahu said that Israel is interested in the complete withdrawal of Iranian forces from Syria, reported TASS citing a source in the Israeli government, who also claimed that the prime minister did not reject any offers from Russia during the meeting in Jerusalem on Monday.

“Israel is interested in a complete withdrawal of Iranian forces from Syria, and reserves the right of freedom of action for the Israel Defense Forces,” the correspondent cited Netanyahu as saying. “This meeting [of Netanyahu with Lavrov and Gerasimov] was to hear each other. Naturally, Israel’s position was made clear, as it always is, as well as the Russian position. There were no rejections, as the media reports, and specifically no ‘rejection of Russian offers’,” the correspondent added.

Reuters reported on Monday that the Israeli authorities do not intend to allow Iranian forces to remain in Syria, even 100 km from the demarcation line between the Israeli and Syrian forces at the Golan Heights, and that this topic was brought up during Netanyahu’s meeting with the Russian delegation on Monday. The Times of Israel wrote that Israel supposedly rejected Russia’s offer to ensure a 100 km zone free of Iranian forces on the border of the Hebrew state. The news outlet also claims that Israel asked for the withdrawal from Syria of all weapons with sufficient range to shoot beyond the buffer zone on the border, the closure of all factories producing guided missiles, and the removal of all anti-air defense systems protecting these weapons and capabilities.

The Russian Foreign Ministry reported Lavrov, Gerasimov and Netanyahu discussed the task of wrapping up the anti-terrorist operation in southern Syria, the Palestinian-Israeli conflict, and other topics on the Middle Eastern agenda. Netanyahu himself said during the meeting that he considers Israel-Russian relations “extremely important”. “Communications between us are extremely important, they take place through direct meetings between me and President Putin and our teams,” the Israeli Prime Minister said, as cited by his office.