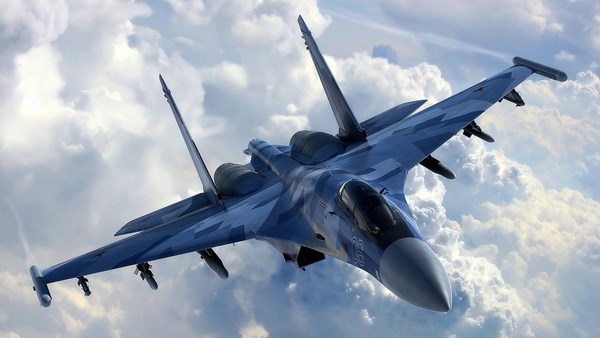 This was reported by Syrian blogger Wael Al Hussaini.

According to him, he received a video from “friends” from the “Syrian pro-government news resource Syrian Military Capabilities.” Al Hussaini noted that this is “unofficial media.” He lives in Beirut and last visited the Khmeimim region in 2016.
He said that journalists and activists, including military and civilians who are supporters of the Syrian government, work in Syrian Military Capabilities. There are about 30,000 followers of the group’s Facebook page.

According to him, four Su-35 fighters, four Su-25 fighters, and an A-50U long-range radar detection aircraft also arrived at the airbase. The Russian Ministry of Defense did not officially announce the arrival of the Su-57 aircraft in Syria.

On February 8, Deputy Defense Minister Yury Borisov said that the Russian military began the pilot combat program of the Su-57. A total of 12 such fighters were made, of which ten are participating in flight testing. Borisov noted that the first two aircraft in this group could enter active military service in 2019.

In December 2017, the television channel Zvezda aired a video of the first Su-57 flight with the newest engine. The flight lasted 17 minutes. All of the systems were in normal operating mode. The TV channel noted that the new Su-57 engine is a completely new development, not a modification of an existing design. It has more thrust, more electronic systems, and consumes less fuel.

The Su-57 (factory index T-50, “Prospective Aviation Complex of Frontline Aviation”) is a multifunctional fifth-generation fighter. The P.O. Sukhoi Design Bureau was involved in its development. By 2020, it should become the company’s main product in the aviation equipment market. The exact specifications of the aircraft have not been disclosed, but it is known that it can carry both air-to-air and air-to-ground weapons.