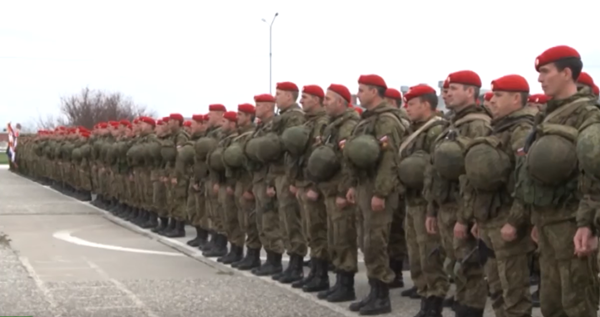 "You carried out the protection of military facilities, ensured the safety of the peaceful population of Syria during humanitarian actions, supported public order in the streets and squares of Aleppo," the Head of the republic said at a rally in honor of the soldiers' return, and added that the Chechen military successfully fulfilled the tasks and did not suffer losses.

According to media reports, during the ceremony Kadyrov received a medal "For Services in Ensuring the Rule of Law and Order". The head of the Main Directorate of Military Police of the Russian Defense Ministry, Vladimir Ivanovsky, presented the award to the Chechen leader.

The deployment of military police units from Chechnya to Syria was reported in early December 2016. It was reported that the servicemen were instructed to guard Russian military facilities.