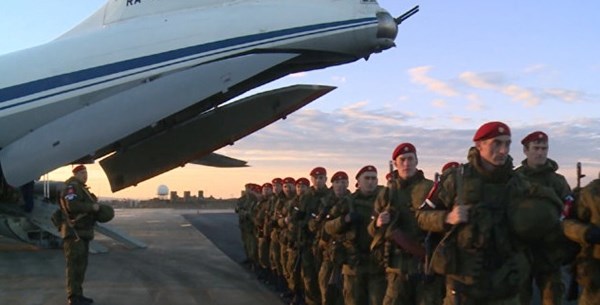 A Russian military police battalion has arrived in Aleppo, the Russian Ministry of Defense announced, as reported by Russia's Interfax news agency.

"At the present time, the division has marched from the Khmeimim air base to the city of Aleppo to perform tasks as part of the Russian Center for the Reconciliation of Opposing Sides in the Syrian Arab Republic,” the Ministry’s website stated.

As part of the territorial departments of the Russian Center for Reconciliation of Opposing Sides, the military police will protect individuals working in a variety of capacities in Aleppo, including mobile hospital employees and humanitarian workers.

"Also, the battalion’s servicemen will assist the municipal authorities in Aleppo with law and order reinforcement," the press release stated.

It was also noted that, "the military police unit is staffed only with the servicemen enlisted on contract".

On Friday, Defense Minister Sergei Shoygu told Russian President Vladimir Putin that, "a military police battalion was brought into Aleppo on Thursday evening to maintain order in the freed territories."