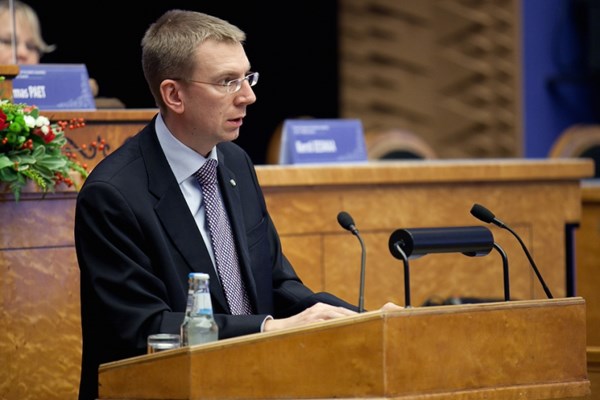 The Baltic States are expecting an expansion of NATO troops on their territory, as was stated by the head of the Latvian Minister of Foreign Affairs, Edgars Rinkēvičs.

In July, at the NATO Summit in Warsaw, the Baltic States will need a “very strong statement” from the alliance that “will stay there until as long as we’ve got such a neighbor [Russia],” he said in an interview with the Washington Post.

According to the Minister, he “is convinced that the NATO Military Contingent staying in the region on a rotational basis should be increased, including the addition of heavy weapons such as tanks.”