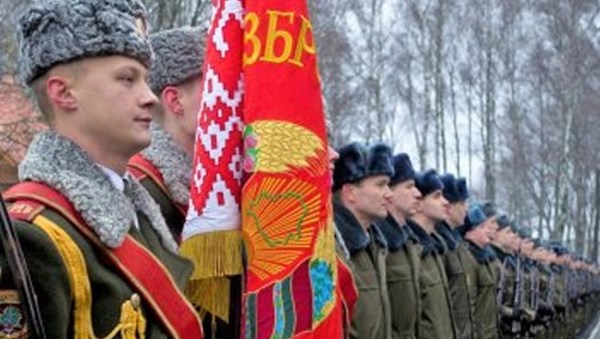 The Belarusian Army has begun military exercises along its southern border with Ukraine.

“The Armed Forces of the Belarus Republic are carrying out, under the command of military staff, exercises of the missile forces and artillery within the territory adjacent to Ukraine, in the Brest and Gomel regions,” the Press Service of the Ministry of Defense of the Republic of Belarus reported.

"The peculiarity of the maneuverer is the significant scale of its implementation as well as the combined use of heterogeneous forces and means," the press service stated.

The drills include troops and hardware such as the Tochka-U, Smerch, Uragan and Belgrade missile systems, as well as MSTA-B artillery. In total, there are 270 pieces of hardware and 800 military personnel involved in the exercise.

On January 22nd, Belarusian President Alexander Lukashenko approved a new defense doctrine that puts state security atop the list of the country's priorities. Commenting on the results of the meeting, Lukashenko said that Minsk is prepared to defend Belarus' national interests "with the use of the entire military organization of the state."

In addition to normal military functions, the Belarusian Armed Forces are also engaged in aiding the country's economy.  Each year, Belarusian soldiers aid the country's agricultural output by providing additional labor to help with the harvest.  As reported by the Ministry of Defense “to help the workers of the village, the forces formed combine automobile platoons from the Air Force, Air Defense, and Ground Forces. “

Officially, the soldiers' assistance in the field is regarded as rural assistance.