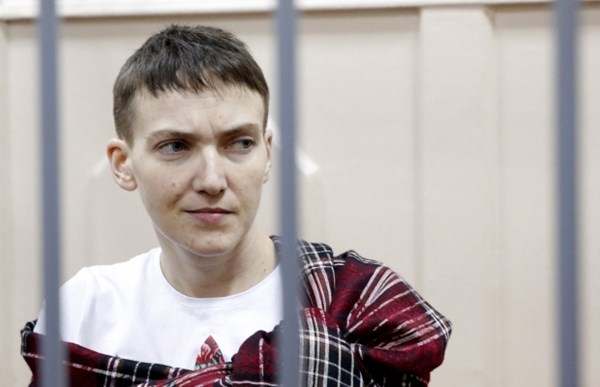 The Donetsk City Court in the Rostov region rejected a petition from the lawyers of the Ukrainian servicewoman, Nadiya Savchenko, requesting the admission of a video of the defendant's arrest in the Luhansk region of Ukraine in the summer of 2014. The judge explained his decision indicating that the admission of the video "doesn't mean that the defense will acquire anything," according to Anton Naumlyuk a correspondent for Radio Svoboda.

Earlier Savchenko’s lawyers presented evidence that the Ukrainian servicewoman had been abducted from Ukraine and smuggled into Russia. According to them, the leader of the self-proclaimed "Donetsk People's Republic," Igor Plotnitsky, as well as several Russian investigators, in particula an FSB Lieutenant Colonel, Sergey Pochechuev, took part in the abduction. Relevant documentation was provided to aid in the defense of the Ukrainian, however, the court refused to admit those documents into evidence.

Also excluded from the case was documentation indicating that Savchenko couldn't have fired from a fallen radio tower, as she has been accused, because it was physically impossible for her to climb the tower.

In Russia, Nadiya Savchenko is accused of murdering two members of VGTRK (All-Russia State Television and Radio Broadcasting Company) and illegally crossing the Russian border. She denies all charges.

In mid-December the court extended the arrest of the Ukrainian servicewoman until April 16th. Afterwards, she announced a hunger strike in protest–it's her third since her arrest in the summer of 2014. Savchenko’s lawyers report that their client has lost more than 15 kilograms. According to them, she is experiencing abdominal pain and nausea.