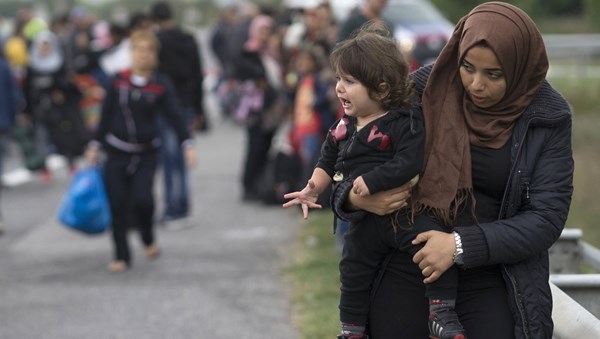 A member of the Estonian National Defense League, Ants Laaneots, speculates that Russia is using the migration crisis in the European Union as part of its hybrid war and has been trying to worsen it in line with the long-term strategy of the State.

According to Laaneots, Russia is trying to strengthen its influence with the help of radical parties. “Putin’s aim is the disintegration of the European Union and NATO, if possible,” he stated, alleging that Russia is trying to develop “Euroscepticism” and confrontation against the West.

Laaneots stated that during the open debate on “Influence of Migration Crisis on Estonia and Europe” held at the Estonian Parliament. DELFI reports that the debate was attended by demographer Allan Puur, the Minister of Social Security, Margus Tsahkna, the Chairman of the National Defense Committee, Marko Mihkelson and a member of the Constitutional Commission, Mart Nutt.

Tsahkna emphasized that the year is expected to be harder for the European Union than last year because the migration crisis will not disappear. On the contrary, this year three times as many refugees will arrive in Europe—about three million.

According to Tsahkna, no agreement has been reached with Turkey during the debates with regard to Turkey’s new demands, namely visa-free travel to Europe and funds to deal with refugees. Mihkelson estimated that an agreement should be reached with Turkey because it would help to better control the external borders of the Schengen area. At the same time, he believes that no adjustments should be made to include Turkey in the EU.

Earlier, the Minister of Internal Affairs of Estonia, Hanno Pevkur, and Minister of Justice, Urmas Reinsalu, expressed the need to improve the state’s readiness to fight against illegal entrants.