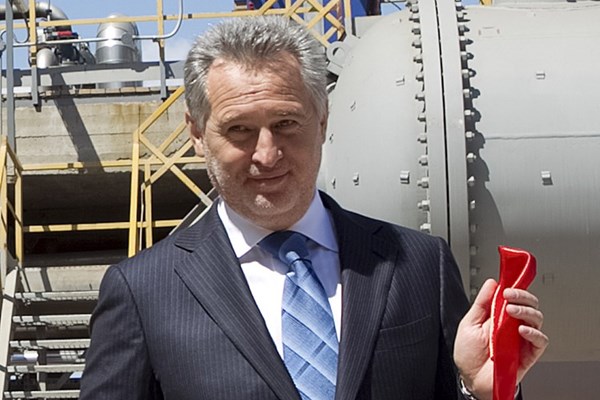 In Germany, the former Commissioner of the Land police and a private detective who worked for the Ukrainian businessman, Dmytro Firtash, were found guilty of large-scale corruption. This trial has been called one of the biggest corruption scandals in Germany, Deutsche Welle reported.

"On Friday, January 27th, the Land Court in the town of Schwerin in northern Germany delivered its verdict in the case of the former Chief Commissioner of the criminal police of Mecklenburg-Vorpommern, Heinz-Peter Hahndorf, and the former agent of the GDR security service ''Stasi,'' Christina Wilkening. The former civil servant was sentenced to three years in prison for taking bribes, the disclosure of official secrets, and tax evasion; Wilkening, who calls herself a ‘private detective,’ will have to spend two years and ten months in prison," the court's press service announced.

According to the report, Firtash has been receiving secret information from Wilkening and Hahndorf for seven years. Hoping to avoid extradition to the United States, the oligarch, according to the Schwerin's prosecutor's office, sought Wilkening’s services. She, in turn, gave instructions to the then Commissioner to contact American law enforcement and intelligence agencies and receive inside information on the oligarch’s case. Despite the fact that the operation eventually failed, she, according to the charges, paid her accomplice 26,000 euros for the job. Overall, in connection with Firtash’s case, as the prosecutors argued in court, Wilkening has received about 420,000 euros. At the same time, she admitted in court that she has received about 110,000 euros for work that was related to the business tycoon.

According to the investigation, the former Commissioner received a total of 270,000 euros from the former agent for the execution of various orders. Moreover, if the order given by Firtash was executed, Wilkening could have received up to 750,000 euros, as the prosecution stated in court.

The sentences of both have been significantly reduced due to the fact that they both plead guilty. At first, it was thought that the sentences would be as severe as ten years in prisons. However, the prosecution’s latest demands were three years and two months in prison for the former Commissioner and three years for the former agent. It has to be noted that a criminal case against Firtash himself has yet to be filed in Germany.

Firtash faces a prison sentence of up to 50 years in the United States. However, in 2015, his lawyers succeeded in preventing his extradition to the US.