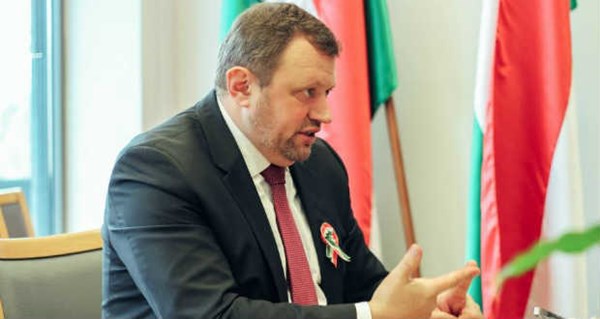 The European Union hasn't provided Ukraine with enough help financially and hasn't taken any steps to appeal to Ukrainians. These were the sentiments expressed by Hungarian ambassador to Ukraine Ernő Keskeny, expanding on the position of his country's government during an interview with Interfax-Ukraine.

"Europe didn't provide enough financial help, it did not even make such gestures as, say, a visa-free regime, which costs nothing financially. In his [the Prime Minister of Hungary Viktor Orbán] opinion, it was necessary to make such a gesture which would allow the Ukrainian people to understand that Europe is really waiting for them, and that Europe wants to appeal to Ukrainians," he said.

He also stressed that Ukraine is a very important partner for Hungary. "We are very interested in Ukraine's stability, its economic development and political stability," Keshkeny said.

He noted that Hungary is also interested in the peaceful coexistence of people of different nationalities in the Transcarpathian region. "Because of the help that Hungary officially provides, we see that some are trying to draw parallels between the Carpathians, Crimea and the Donbas; they are saying that there are similarities. We believe that it is absolutely not true. It is a completely different situation. And we want that peaceful coexistence in Transcarpathia of the different ethnic groups to continue in the future," he said.