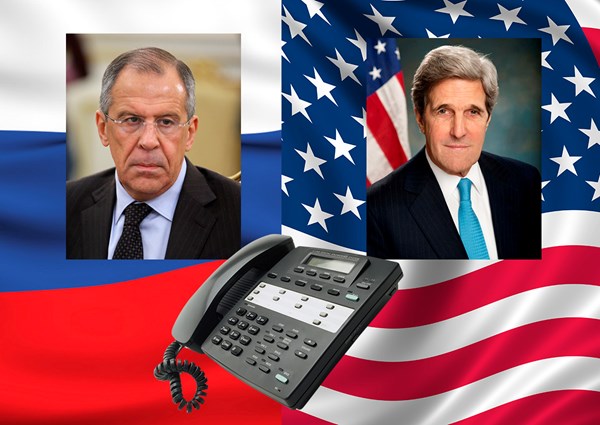 US Secretary of State John Kerry held a telephone conversation with Russian Foreign Minister Sergei Lavrov on Friday, in which the former “strongly objected” to the maneuvers of Russian aircraft earlier this week when two Su-24s buzzed a US naval destroyer in the Baltic Sea, a State Department press release reported.

The Russian attack aircraft reportedly made 11 passes over the USS Donald Cook on Monday. On at least one occasion, the aircraft came within an estimated 10 meters of the naval destroyer. The incident occurred about 70 nautical miles from the Russian exclave of Kaliningrad.

The Russian Defense Ministry and the Kremlin maintain that the Su-24s flew over international waters and observed all safety precautions.  "The principle of freedom of navigation for the US destroyer, which is staying in close proximity to a Russian naval base in the Baltic Sea, does at all not cancel the principle of freedom of flight for Russian aircraft," Russian Major General Igor Konashenkov stated.

US Secretary of State John Kerry in turn told reporters on Thursday that “under the rules of engagement… it could have been a shoot-down”.

The conversation between Kerry and Lavrov on Friday focused on the war in Syria and the ongoing conflict in Ukraine.

“On Ukraine, Secretary Kerry urged Russia to end the violence all along the line of contact, fully implement its Minsk commitments, and immediately release Nadiya Savchenko and all other remaining hostages,” State Department Spokesman John Kirby stated.