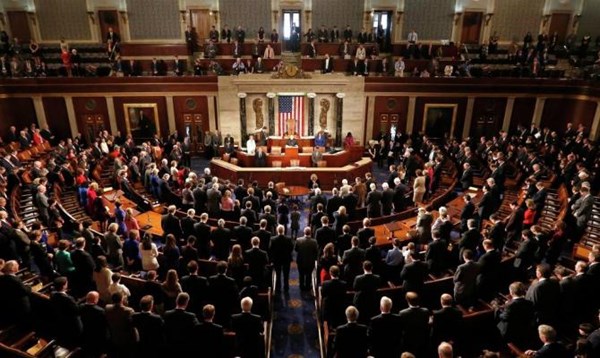 WASHINGTON - U.S. Congress has passed a defense policy bill that authorizes up to $50 million in lethal military aid for Ukraine and mandates a White House response if Russia is deemed to be violating a key arms control treaty.

The White House said hours after the $607 billion bill was passed by the Senate on November 10 that President Barack Obama was likely to sign the legislation.

The House of Representatives passed a similar version of the bill last week.

Among other things, the package appropriates $300 million to help Ukraine in its fight against Russian-backed separatists.

The Obama administration has previously resisted calls to provide Ukraine with lethal aid, fearing that could provoke Russia.

The legislation also sets a deadline for the administration to tell Congress whether Russia continues to be in violation of the Intermediate-Range Nuclear Forces treaty, which eliminated an entire class of nuclear-capable missiles from Europe in the late 1980s.

The State Department's most recent arms control report released in June said Russia was testing a missile system that violated the treaty.