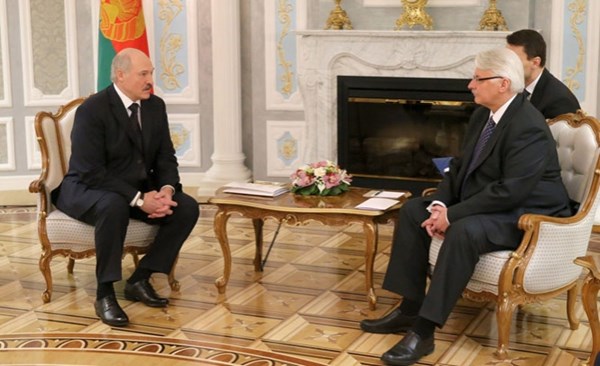 During a meeting with Polish Foreign Minister Witold Waszczykowski, Belarusian President Alexander Lukashenko said that his country does not need to choose between East and West, between Russia and the European Union, RBC reported.

"If the partners with whom we are in dialogue insist that we have to choose between the East or the West - that is, whether you are with Russia or the European Union, to put such a choice in front of us and to put us in such a position is inappropriate. I am absolutely convinced that we do not need it now,” Lukashenko said.

According to the Belarusian President, “Poland more than anyone else is interested in Belarus being not only an independent state, but a stable one too… I think that having another unstable state in the West after Ukraine is not needed. This will not benefit Poland.”

Waszczykowski, in turn, stressed that the new Polish government considers it “abnormal” for neighboring states to not engage in regular dialogue. “So we decided without any preconditions to begin a dialogue to resolve all neighborly relations,” the Polish Foreign Minister said.

Reuters reported that Waszczykowski’s visit to Minsk is the first time a EU Minister has visited Belarus after Brussels lifted sanctions against the former Soviet republic last month.