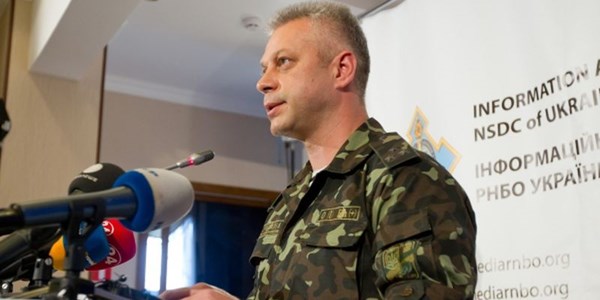 The Russian Federal Security Service (FSB) has been juggling the facts in order to accuse former servicemen in the annexed Crimea of espionage or subversive-investigative activities on behalf of the Ministry of Defence of Ukraine, as stated by a spokesperson for the Ministry of Defense of Ukraine on the ATO, Andriy Lysenko, to Krym.Realii on November 24th.

"As we had predicted, the Russian FSB is using the databases and personnel files of former servicemen of the Armed Forces of Ukraine or the Russian Black Sea Fleet to accuse them of wrongdoing, namely espionage, sabotage and intelligence activity. They want to show that the Russian intelligence service is operating efficiently and that Ukraine is conducting an aggressive policy. The security service wants to convince the Russian people that Ukraine is continuing espionage activities and will not stop doing so. The Russian security service has resorted to the juggling of facts. In fact, no one ever detained any real Ukrainian soldier or spy anywhere," Lysenko said.

He also noted that the FSB will continue the practice of manipulating the facts, so one can expect more accusations and arrests. On November 24th, there was information on the official website of the Russian Federal Security Service about an arrest on November 22nd in Sevastopol of a former Black Sea Fleet headquarters captain, Leonid Parkhomenko, who is suspected of spying for Ukraine.