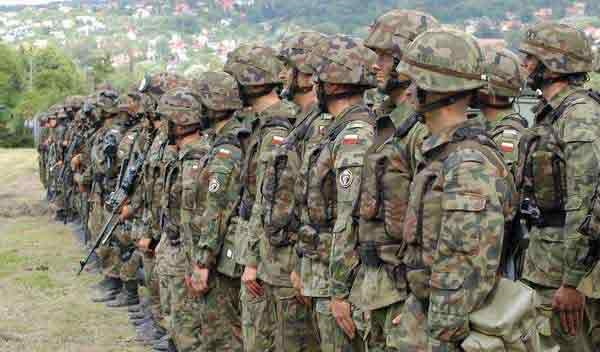 “We have already started work on the creation of three defensive brigades along the eastern border of the country. These brigades will be an integral part of the Polish Armed Forces. They will become the fifth type of Polish Armed Forces,” Polish Radio quoted Macierewicz as saying. Currently, Poland has four types of Armed Forces: Ground, Naval, Air and Special Armed Forces.

“In addition to the creation of these three defensive brigades on the eastern border, we intend to shift part of the existing armed forces in this direction. We don’t want the Army to be concentrated on the western border, as it was in 1989,” Macierewicz added. According to him, the Polish Armed Forces contains 80,000 servicemen. The Defense Minister believes that this number should be increased to 150,000.

“I think that the Polish Army should consist of 150,000 soldiers. It’s the minimum necessary to ensure that the Polish Armed Forces can respond to threats,” Antoni Macierewicz said. The Polish Defense Minister believes that the conflict in eastern Ukraine is the main threat to security in Europe. Speaking about the possibility of Poland initiating military operations in Syria, he indicated that Poland is ready to support France if France would be willing to do the same.

“Poland is ready to support France in resolving the conflict that began in Paris. We are ready to participate in such work, but on the condition that France will support us when we are in need; for example, on the issue of the deployment of NATO troops in Polish territory,” the Minister concluded. France is a member of a coalition of 65 countries that participate in the bombardment of the so-called Islamic State in Iraq and Syria. Moreover, this coalition acts without the permission of local authorities.

Paris intensified its bombardment in Syria and directed aircraft carriers to the region after a series of terrorist acts in Paris on the 13th of November. One-hundred thirty people were killed as a result of these attacks and more than 350 were wounded.