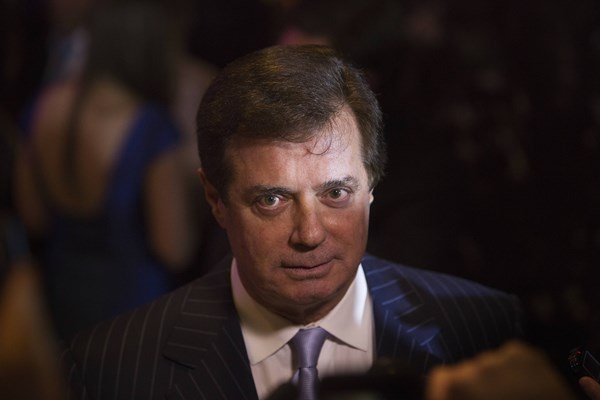 Konstantin Kilimnik has been linked to Russian Intelligence. Kilimnik is the deputy of Paul Manafort who in turn is the former head of the electoral headquarters of Donald Trump and a consultant of the fugitive former president of Ukraine, Viktor Yanukovych. This was reported by the Financial Times.

People who have worked with Kilimnik, who is a Russian citizen, have claimed that while in Manafort’s team, it was known that Kilimnik was a military linguist and had a connection with Russian military intelligence.

Kilimnik was initially accepted as a translator in Manafort’s team while he was working with the richest oligarch of Ukraine, Rinat Akhmetov. He was hired for his “wonderful English”. The magazine reported that Kilimnik was gradually entrusted with more responsibilities.

As Manafort's aide, Kilimnik received rare access to the most important people in the region, “from Yanukovych to billionaire oligarchs and senior Western diplomats,” the Financial Times reported.

According to media reports, Kilimnik was born in Ukraine in 1970 and served in the Russian army. His first long-term job after his dismissal from the army was at the International Republican Institute (IRI), a non-governmental US organization, in Moscow in the early 1990s.

The IRI claimed that Kilimnik was hired because of his wonderful English. The institute knew that his knowledge of the language was acquired during his service in the military intelligence, but did not attach any special significance to this fact, even though there were suspicions that he could have participated in activities not related to official duties.

The newspaper stated that 10 years later, when Kilimnik began working for Yanukovych in Paul Manafort’s team, some people also suspected that he may be reporting to Moscow, but again did not attach any importance to this.

Manafort and Kilimnik are still closely linked to this day and although Manafort insists that his resignation from the post of Chairman of Donald Trump's Staff is not related to his Ukrainian activities, informed sources claim that it has played a role.

“This is a very serious problem in that it is possible that a Russian Intelligence officer could be one acquaintance away from presidential candidate Donald Trump,” the source said.

It is known that Paul Manafort organized covert lobbying operations for the Party of Regions (PR) in Washington during Victor Yanukovych’s presidency.

There was recently a scandal in the US because of the assistance that Manafort provided to former president Viktor Yanukovych. As a result of this scandal, Trump lessened some of the responsibilities that Manafort held as a campaign manager.

However, after this scandal gained momentum, Manafort's name appeared in documents of the “black accounting of the PR”. NABU (National Anti-Corruption Bureau of Ukraine) confirmed that during their years of cooperation, Manafort received $12.7 million through the dubious schemes of the PR. Manafort has since resigned. This case is currently under investigation.