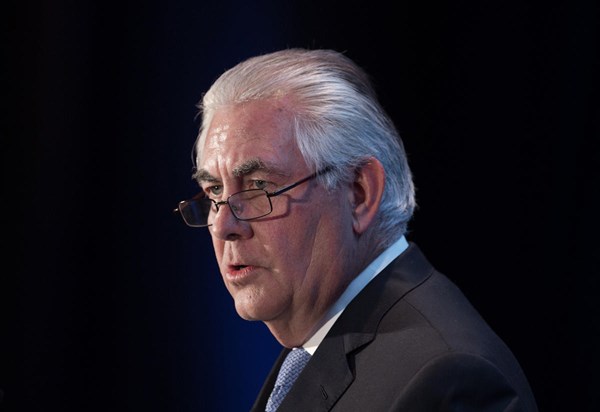 The new US Secretary of State Rex Tillerson is visiting Moscow.

As reported by newspaper Kommersant, sources close to the Russian Foreign Ministry in the Russian capital expect that the head of the US Department of State will try to negotiate cooperation with Russia on the problem of North Korea, a matter which Donald Trump called his priority even before he was elected president.

Despite the fact that Syria remains the primary cause of tension between Moscow and Washington, Russian diplomats insist that the strike on the Shayrat Airbase the day before Tillerson’s trip to Russia was made in order to demonstrate what measures Washington is prepared to take in another strategically important region.

“Without an agreement with Moscow, it will be difficult for Washington to achieve its goal in this part of the Asia-Pacific region,” the article’s author argues.

The US embassy refused to comment on the conjectures.

In the meanwhile, US President Donald Trump told Chinese President Xi Jinping that the bilateral trade agreement will be a lot better if Beijing deals with the problem of North Korea.

“I explained to the President of China that a trade deal with the U.S. will be far better for them if they solve the North Korean problem!” he wrote on Twitter.

Trump warned that America could deal with the situation surrounding North Korea on its own, but he still hopes for China’s participation.