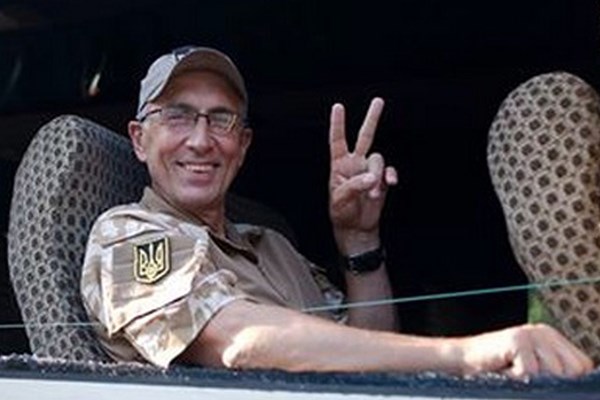 At a hockey game in the United States people honored the memory of a Ukrainian-American soldier killed near Ilovaisk.

During the hockey match in Newark between the New Jersey Devils and the Washington Capitals a photo of Mark Paslavskiy appeared on the scoreboard. The whole stadium lit up with the inscription “Heroes Among Us.” According to VIDIA, Paslavskiy was posthumously honored with the title of Hero of the Game.

Paslavskiy, also known by the codename “Franko” was a former American Army Ranger and West Point graduate with Ukrainian roots. He renounced his American citizenship after the annexation of Crimea and went to serve as a volunteer in the ATO zone. He was killed in action on August 19th in the battle for Ilovaisk city.

Mark Paslawsky, 55, grew up in New Jersey and settled in his Ukrainian homeland upon its independence and followed in his father’s footsteps to defend its land.