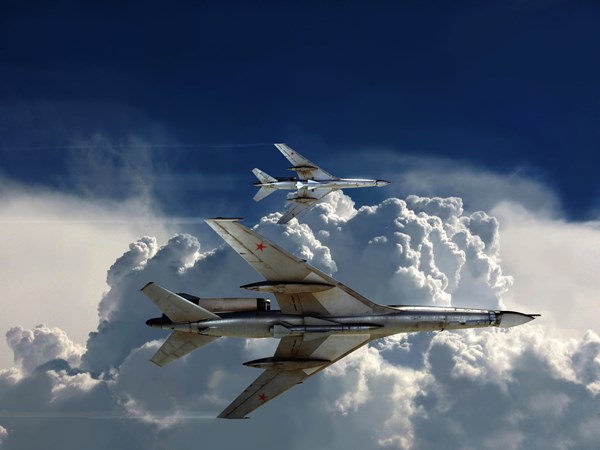 NATO jets had to intercept Russian aircraft in the international zone over the Baltic Sea three times last week. This was stated in the weekly report of the Ministry of National Defense of the Republic of Lithuania.

"During the week of April 18 to 24, 2016, NATO fighter jets in the Baltic States had to intercept Russian aircraft that were flying in the international zone over the Baltic Sea three times," the message stated.

The first interception occurred on April 18, 2016, when a Russian plane flew from Kaliningrad without predefined flight plans, turned off transponders and did not maintain radio contact with air traffic controllers.

In addition, on April 21, 2016, NATO fighters took off from Siauliai and Emar Air Bases to intercept, respectively, two Su-24 aircrafts, which flew from Kaliningrad and later returned to its starting point, and two strategic Tu-22 bombers, which flew and returned back to the mainland of Russia.

As in the previous case, the Russian planes took to the skies without previously provided flight plans, had turned off their transponders and did not keep in touch with air traffic control.

Earlier, the Minister of Foreign Affairs of Latvia, Edgars Rinkevich, said that the Russian flights in the skies over the Baltics are in "preparation" for its talks with NATO.