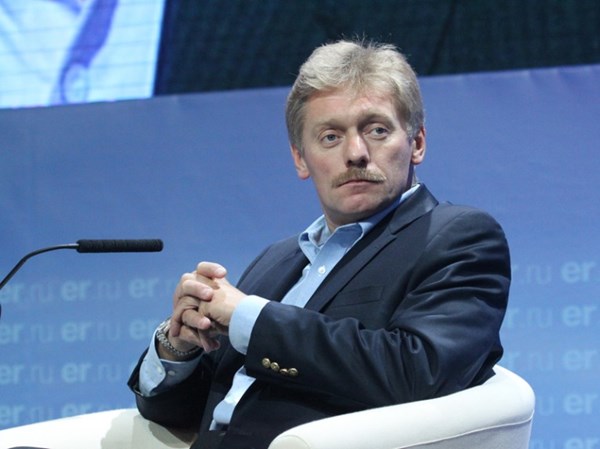 Russia didn't send military experts to Ukraine, said the President's Press Secretary, Dmitry Peskov. He claims that the Russian presence in the southeast of Ukraine consisted entirely of volunteers. According to Interfax, those were his comments on the words of Vladimir Putin during his end-of-the-year press conference on December 17th. Putin said that the Russian citizens fighting alongside the separatists in eastern Ukraine were there as volunteers, though he also admitted to the presence of Russian military “specialists” in Donetsk and Luhansk.  However, according to Peskov some journalists completely misunderstood the President’s answer.

"There was a war. People went there to fight. They fired weapons, participated in the fighting. This is what the military sphere means," Peskov said.

"Some citizens don’t have any specific employment, some are on vacation, some take unpaid leave. These people really do exist and they go there. These are the people who have expressed at the time their solidarity with the Donbass, who considered it unacceptable to tolerate the destruction of settlements in the southeast of Ukraine by the Ukrainian armed forces," said the President's Press Secretary.

Meanwhile, in the Goloseyevsky District Court of Kiev, the questioning of witnesses continues in a case carrying charges of terrorism, waging an aggressive war and weapons smuggling. These charges were brought against Alexander Alexandrov and Evgeny Erofeev, Russians who were captured in the Luhansk region and called themselves professional soldiers.

In early December, the Human Rights Council announced its intention to appeal to the Investigative Committee and the Chief Military Prosecutor's Office to carefully check the information about the death of 159 Russian military personnel from 2014 to 2015. Sergei Krivenko, the current chairman of the HRC Committee on civil-military relations mentioned only the most credible reports of deaths of Russian servicemen that happened during the year and a half. The names and military units of most of them are known and there has been confirmation of their deaths from relatives or law enforcement agencies.

Out of 159 cases the exact circumstances of death are known only for 79 people. Any verification by the military prosecution or about the investigation by law enforcement was reported in only 61 cases. According to Krivenko, the situation with the death of the military during the second half of 2014 looks anomalous. During this time 108 losses account for nearly 70% over the year and a half. In 80% of cases there is no clear information about the circumstances of death and no verification by the investigators or by the military prosecutor's office of the facts of death. This time period accounts for the bulk of the reports of the death of Russian troops in the Donbass.

On May 28, President Putin signed a decree declaring that the data on the losses of the armed forces "in a time of peace during the special operations" is considered a state secret. Nevertheless, Peskov insisted that amendments to the list of information classified as state secrets are not related to the events in Ukraine.